Skip to content
The Tate’s decision to create an exhibition based on Picasso’s influence on British art is an interesting one, as his circle of influence was relatively small here compared with other countries. During the early to mid- 20th century, the UK art establishment was slow to understand Picasso’s work. The Tate made its first Picasso purchase in 1933, and only a handful of UK collectors invested in his work, while conversely he had been a favourite with US and European collectors since the turn of the century. Gertrude Stein, for example, bought several of his works from 1905 onwards.

Francis Bacon’s work is perhaps the most readily compared to Picasso’s. While Henry Moore’s work also deals with distortion and abstraction of the human figure, it is Bacon who matches Picasso in terms of the dark and disturbing emotional impact of these factors. Moore’s work, by contrast, presents a sense of serenity and harmony.

Wyndham Lewis’ cubist paintings show parallels with Picasso’s style, while Graham Sutherland’s work demonstrates, again, distortion and abstraction of the human figure. Ben Nicholson was a great admirer of Picasso and for a while closely imitated his style.

Finally, the juxtaposition of Hockney and Picasso is perhaps the most vibrant and seems to hold the most contemporary relevance. Hockney regularly cites Picasso as one of his greatest influences, yet manages to integrate this well into his work and to retain his own signature style. 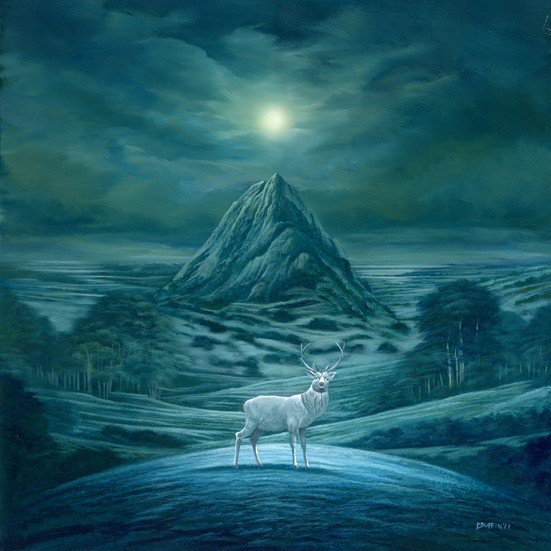 Artwork of the Week: The Moon and the Stag

3 Exhibitions in London not to Be Missed