As intended by the artist himself, Martin Whittam’s art always puts a smile on people’s faces, including this watercolour painting titled George’s Chippy.

Created in the naive style, it is a happy and cheerful painting, capturing a busy street inspired by the area where Whittam lives in Manchester.

The artist demonstrates strong observation skills through his characters and buildings while creating a coherent visual description of a moment in time.

It looks like everybody is featured in the painting: people walking their dogs; a girl pulling her mother’s hand that you can almost hear saying “Hurry up”; men and women with umbrellas; other people wandering around and people inside George’s chippy ordering tonight’s dinner. Can we also spot George behind the counter?

Beyond the immediate response one has when looking at the painting, mainly smiling at the scene, we can’t ignore the artistry involved in making it.

The movement of the clouds is quite dramatic letting the sunset light to shine through, just enough to cast people’s shadows on the pavements. It is the kind of painting that makes the viewers look at again and again, discovering new little things all the time.

George’s Chippy by Martin Whittam is a painting that tells a story and if it was to describe it in three words, those would be: quirky, amusing and quintessentially British.

Red Poppies Against A Blue Sky 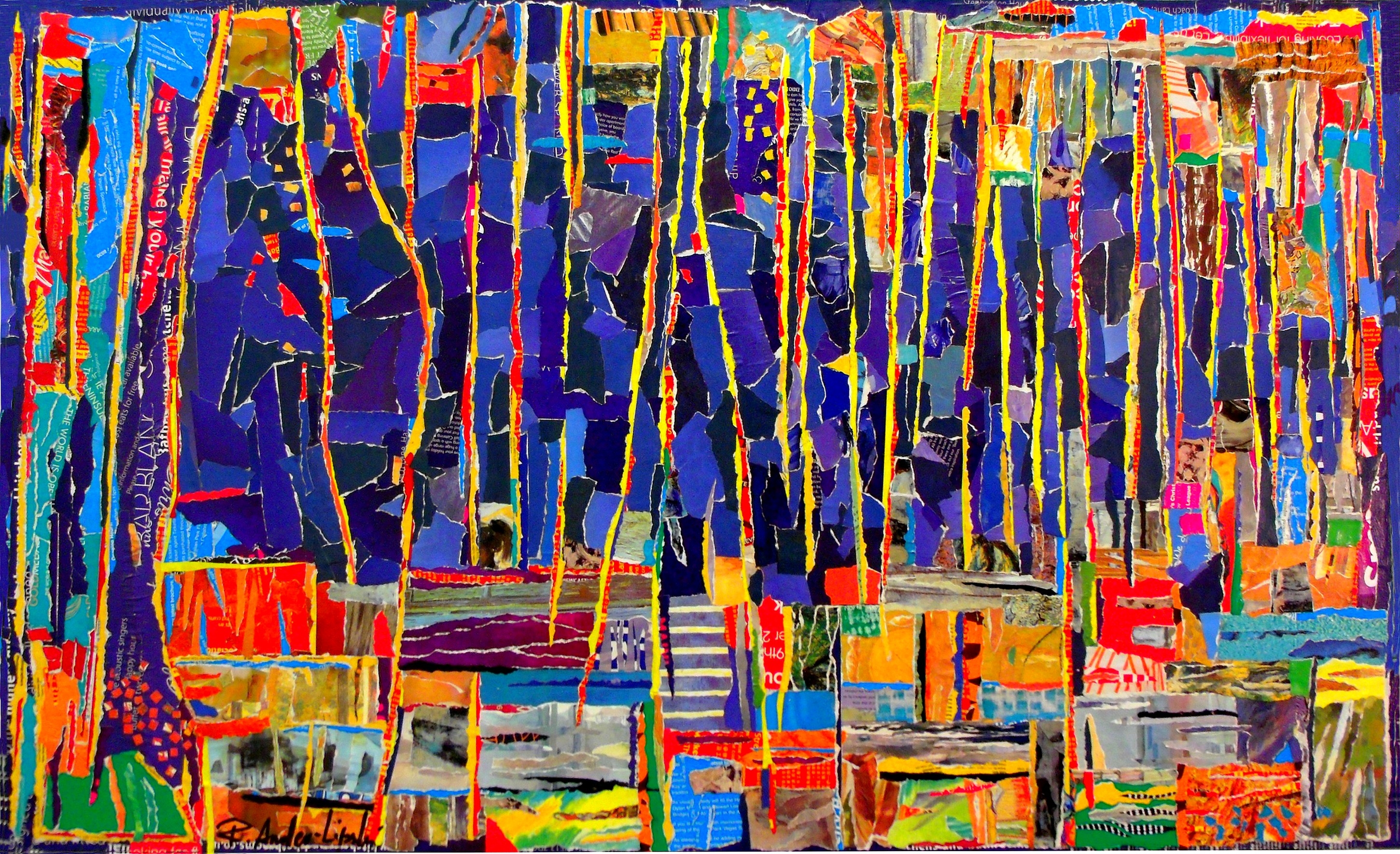 Artwork of the Week: The Place I Remember by Robert Andler-Lipski 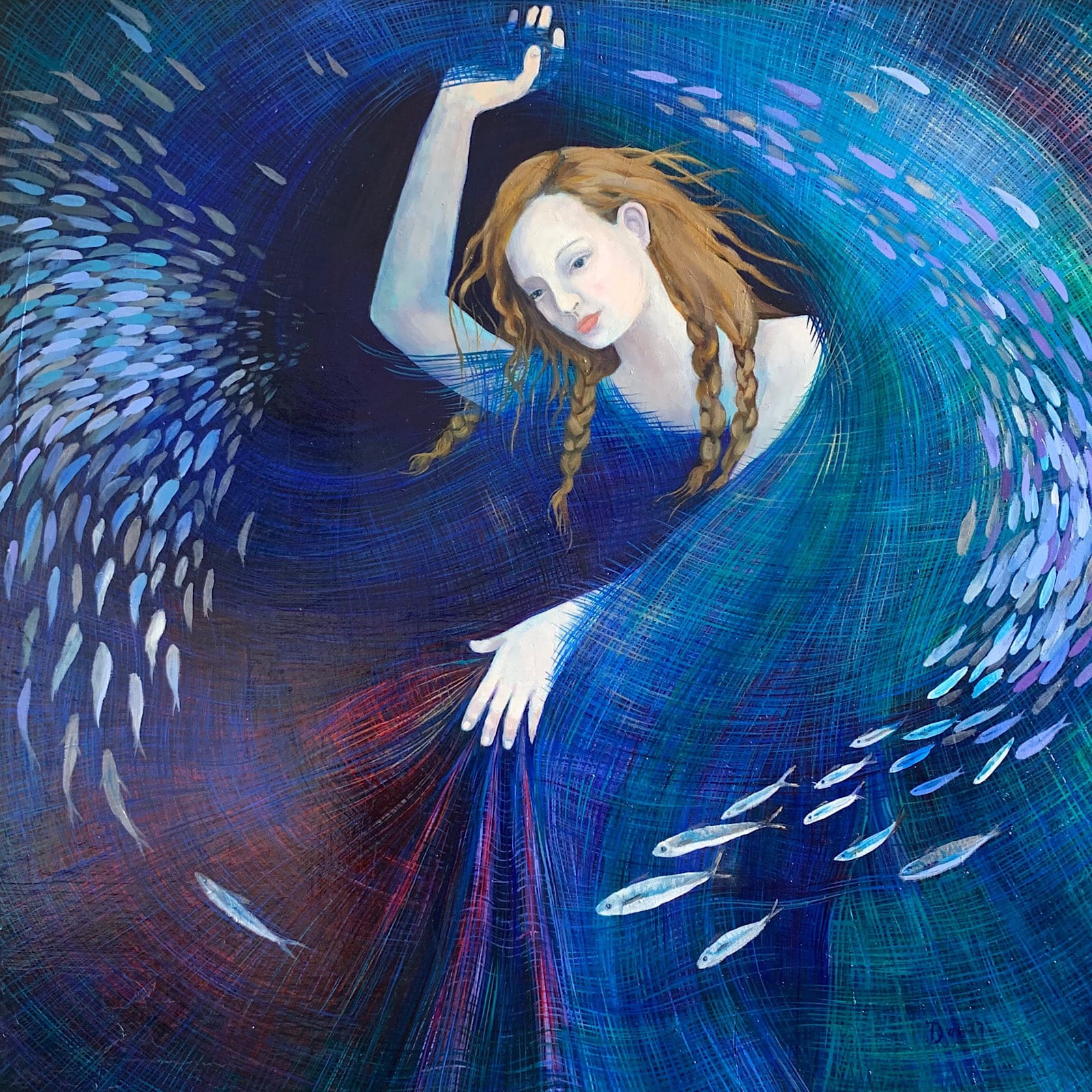 Art We Like: Dancing in the Deepest Oceans by Dawn Rodger