When you usually think about art, you imagine that it revolves around picturesque landscapes and charming scenic views. However, it doesn’t mean that famous painters and artists haven’t created pieces that have terrifying visuals or challenging in the subject the paintings portray. Some artworks created by well-known artists have an unsettling and unnerving vibe that makes the paintings look very scary and terrifying. Here are top 5 terrifying paintings ever to be created:

William Blake who is famously known for his romantic engravings and poems wasn’t that popular when he was alive but has attracted significant attention after his death. Blake’s artistic creations were not inspired by nature or people but were a gross depiction of his imagination. Most of Blake’s watercolour series show the great red dragon from the Book of Revelation where the red dragon is an image of the Devil who is towering over the seven-headed sea beast.

Bacon was referred to be one of the most controversial and influential artists of the 20th century however, several of his masterpieces were stark and bleak. He was famous for destroying artwork, which didn’t appeal to him or make him happy but today his surviving masterpiece have been sold for millions. During his artistic life, he kept going back to the portrait of Pope Innocent X by Velazquez to make changes and interpretations of how he perceived it. By doing so, he eventually modified the portrait of a pensive-looking pope into something very horrific – a pope shrieking amidst strong and harsh vertical bush lines.

Since it was published, the twisted scenes of damnation have influenced several artists. Although Bouguereau was usually associated with more realistic pictures that depicted classic tranquillity, we can see in this particular painting he has entered into a darker territory, which is the pits of Hell to be, precise. The painting has a demon looking on as Dante and Virgil look at the damned who are impersonators biting chunks of flesh out of each other to devour their identities.

The Death of Marat – Edvard Munch

Edward Munch is Norway’s most noticeable painter and an unforgettable contribution to the history of art was his iconic painting: ‘The Scream.’ However, in this picture, Munch has portrayed a prominent political figure of the French Revolution Jean-Paul Marat. He suffered from a skin disease and was murdered by Charlotte Corday. Although there have been several pictorial interpretation of this event, Munch’s vision of this event is by far the most violent and brutal from the rest.

Gericault was determined to break free from the classic norms and fearless when it came to emotional and taboo subjects. The Raft of Medusa was one of his most famous works however, in this painting of Heads Severed, Gericault found them in a hospital’s dissection lab and morgue. However, this depiction of decapitated heads is very disturbing and grim to look at. The most influential female artists in history 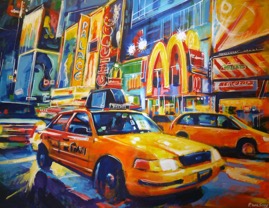 Around the world with Art2Arts