Britain has been a hub of art and creativity for centuries and over the years has given birth to some of the biggest movements in history. Here at Art2Arts, we think it’s important to support British artists and help move the industry forward. This post looks into the rich history of art in Britain and points out some of the iconic artists, movements and events to show why buying UK-based art is so beneficial for the community.

During the early stages of the medieval era, realism art began to develop in Britain. Some of the oldest paintings include the iconic series of paintings of Queen Elizabeth I which are renowned for illustrating the evolution of art in the UK. Throughout the 18th and 19th centuries, art in Britain boomed and as the number of paintings and artists rapidly began to grow. Although the majority of artwork was usually depictive of royals or important aristocrats, artists began to experiment with new techniques and different subject matter.

Throughout the Victorian era, a number of British artists began to move away from the rigid requirements of realism and started to experiment with new concepts. Cartoons became very popular at the time and were often used in newspapers and magazines as part of satirical and often political pieces. The concept of abstract art and impressionism slowly began to emerge also, with numerous paintings from artists that strayed away from realism. The famous ‘Nocturne in Black and Gold’ series by James Abbot McNeill Whistler is one of the most iconic examples of artwork that was unappreciated and even attacked during its time.

After the turn of the 20th century, art in Britain experienced another leap forward with the introduction of new modernist movements that introduced the world to a huge list of new British artists. Impressionism was inspired by artistic movements in France and quickly became a subject of contention in the UK. Emerging artists and new concepts like this were often welcomed initially by critics with scorn however the British art industry has a strong history of adapting and evolving with the times.

Today, the British art scene boasts some of the greatest and most creative minds in the industry. The post-modern movement brought with it a wave of contemporary artwork that has opened the door to a new generation of artists. What’s great about UK art, however, is that there is room for everyone. The evolution of the UK art industry has allowed all styles and concepts to flourish. Although new movements like street art have become very popular, you will still find exhibits all over the country dedicated to historic artwork and classical movements.

Here’s a look at some of the great UK-based artists that have helped move the industry forward over the years, including some that are still creating brilliant art that can be bought today.

Responsible for one of the greatest works in the history of British art, John William Waterhouse was one of the most revered painters of the 19th century. He was trained in the Academic style of the time but was among the first to adopt the Pre-Raphaelite Brotherhood style. Much of his work is still on display in galleries around the country.

Anyone familiar with the British art industry will have heard of this quirky artist and may have seen some of his breakthrough pieces. Known for working way outside of the box, Francis Bacon is responsible for creating some of the most influential works of art in British history. His exhibits helped inspire a new generation of artists and still draw in crowds today.

This anonymous artist played a huge part in the development of the street art movement. His controversial graffiti paintings, many of which can still be seen on the streets of Britain, helped change street art from an anti-social crime to a recognised form of modern art. Today, there are hundreds of galleries around the UK that showcase some of the incredible work done by emerging street artists.

Caroline Ashwood is one of the many talented British artists that are helping to push the industry forward with their work. The Yorkshire-born painter specialises in abstract work and has continued to create and sell art for over 15 years, most of which is available through Art2Arts. Caroline’s work provides a perfect example of why you should buy more art from UK-based artists.

In recent years, despite the development of new creative movements, the art industry in the UK has been suffering as a result of reduced funding and a lack of governmental support. Fortunately, several institutions and organisations have been fighting to improve the British art industry and provide more opportunities for artists. Art2Arts is proud to provide a platform on which British artists can showcase their incredible work and get the recognition and compensation they deserve. If you’re looking to buy art, be sure to browse the huge catalogue and support the British art industry. 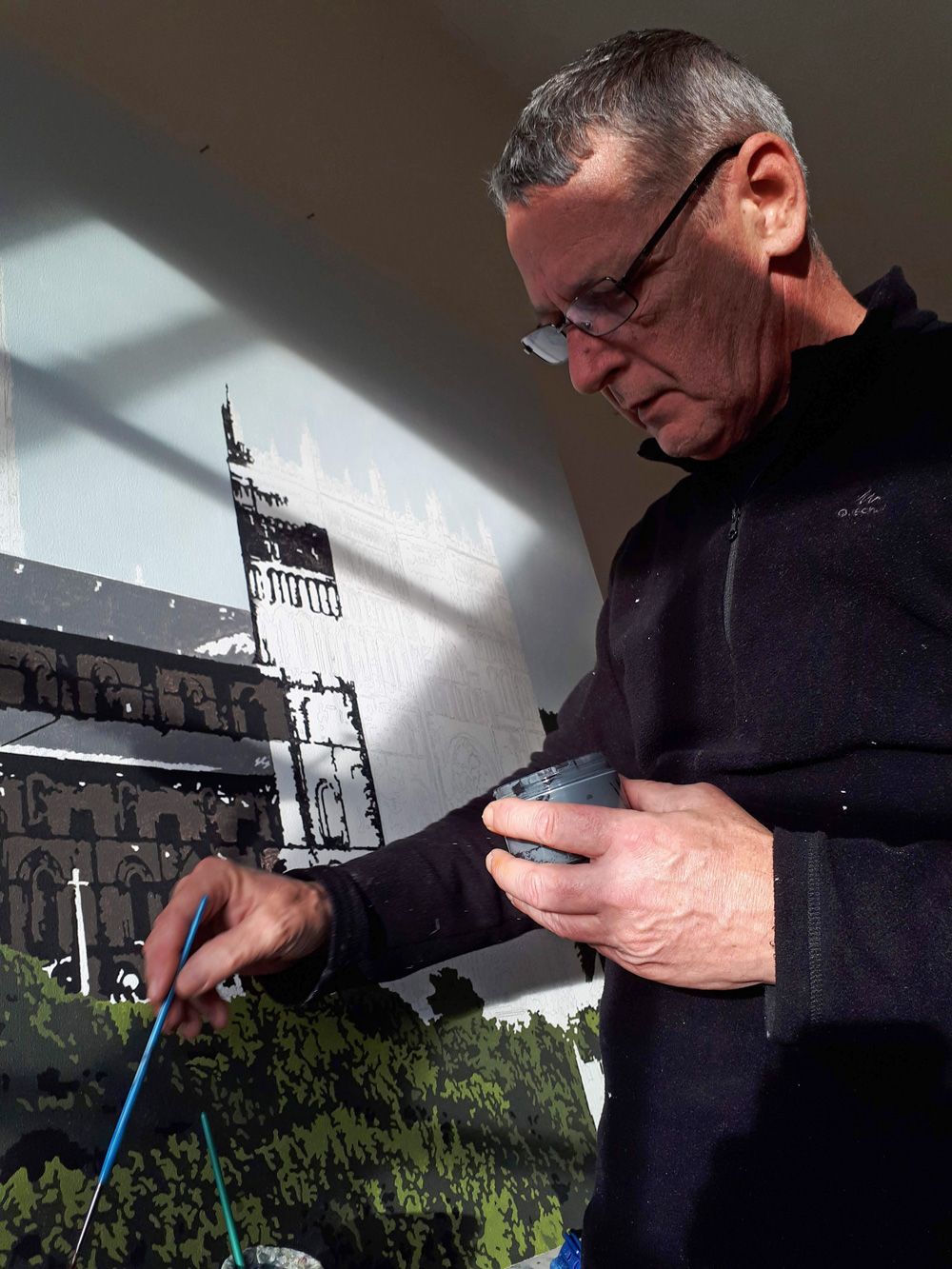 Meet the Artist: An Interview with Simon Fairless