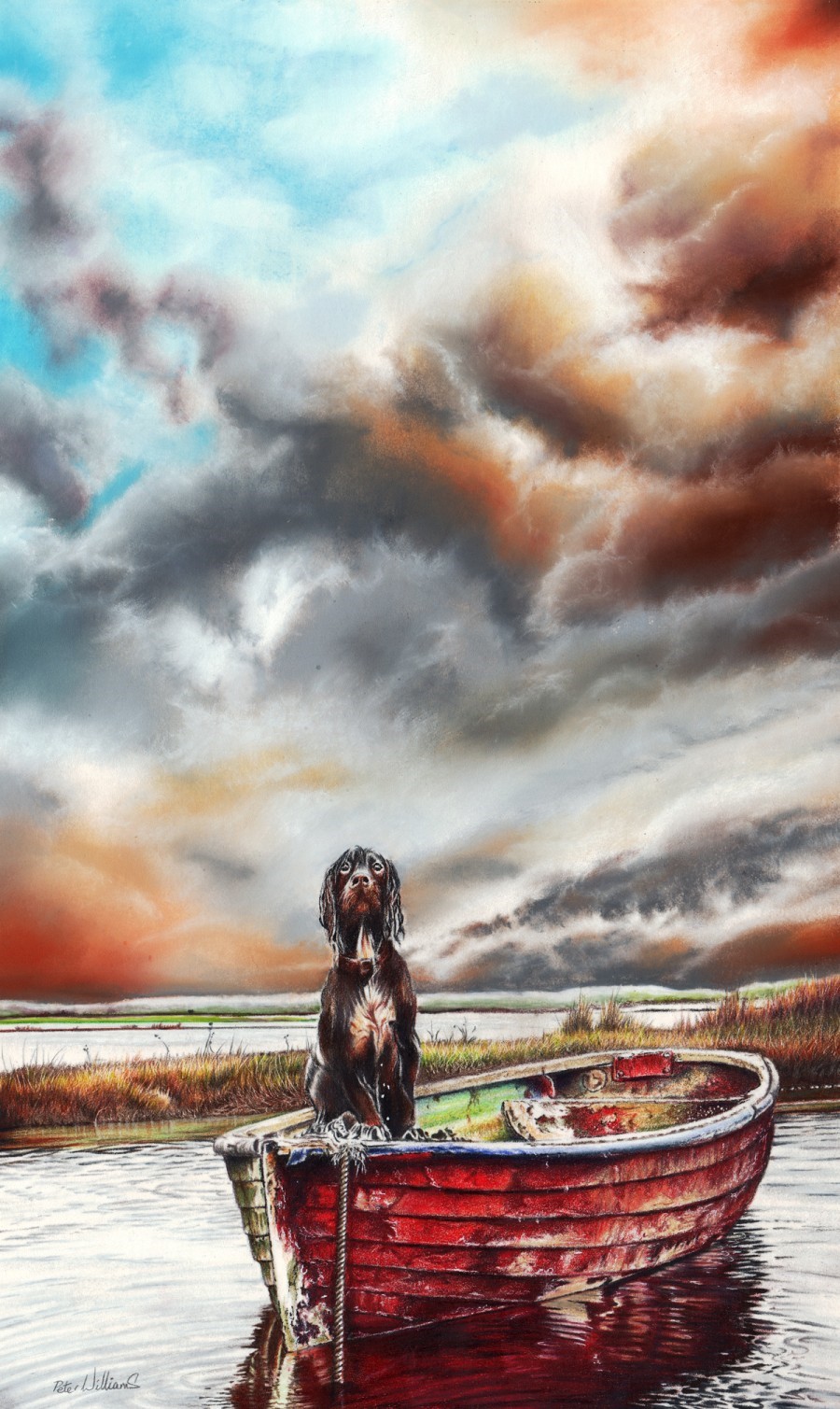 While now much of the Art2Arts community will associate Peter Williams with his distinctive, intricately detailed monochrome pieces (often with a flourish of dramatic background colours), Peter has taken on many guises other than ‘artist’ over the years. In fact, even now he also holds down a successful writing career while producing his dramatic pieces. Here we take a moment to discuss his life journey, and the impact it has had on the work we know him for today.

You have had many diverse occupations throughout your life, including serving as a soldier, being a computer analyst and a milkman! Do you think this is a common feature of many artists?

Not necessarily, although I believe that because it can be so difficult to earn one’s living by producing art, many artists are forced to take on a full time job to pay the bills while hoping for enough success to enable them to give it up! Few are lucky enough to find a career they enjoy and which also serves as an outlet for their creative skills. In my case, it became a never ending search.

Which of these occupations did you enjoy the most?

I enjoyed certain aspects of all of them, particularly my time in the British Army, but I was a young man then. Truthfully, what I am doing now has resulted in the happiest and most rewarding period of my life.

Did any of these teach you things and lead to inspiration for your work now?

When I was driving a lorry, I worked for an agricultural vehicle supply and repair company, delivering and collecting tractors etc. from customers. This often took me out into the deepest countryside and to some of the most beautiful areas of Britain. I always had a camera with me for snapping reference photographs where possible. When I became self-employed, the discipline I learned as a soldier was useful to make sure I made the most of every day, rather than being half hearted or too distracted.

Did you always want to do something with art when you were younger, or is this something that presented itself as you got older?

I always did create art. At the age of about 9 I won a national prize which gave me the incentive and confidence to continue. I never dreamed that it would be something I could earn a living from though, until I was much older. The advent of the internet was a major factor in my decision to give it a go. How on earth did people manage before?

You were also a freelance cartoonist before you became a full time artist. Cartoons differ very much from the highly detailed pencil drawings you are famed for! When you first started drawing, which style did you develop first?

I always strived for realism, but being blessed (cursed?) with a wicked sense of humour led to me often spending time creating caricatures of work colleagues for fun, particularly when I was a soldier. Those drawings came quite easy to me and were a great tool for developing the skill of seeing a lot more than other people might in a subject’s features.

Would you ever create more cartoon style drawings to sell on Art2Arts?

No. I’ve not created cartoons for many years and it’s not something I’m known for nowadays.

In some ways, yes. I often try to insert a little humour into my art, sometimes in the title or in part of the subject matter.

How would you describe your current style of work?

I try not to put myself into a particular box. It depends on the subject and composition I have in mind. I think it’s possible to embrace several styles although a certain amount of realism is always involved. I often create very loose or sometimes semi abstract backgrounds to help accentuate the main subject.

As well as art, you are an established writer. What subjects do you write about?

I began by writing an autobiography, ‘Blood Sweat and Beer’ as a hobby really, to give myself something different to work on in-between art projects. My partner Jenny enjoyed reading it and suggested that I publish it, so I did and it’s been well received. I enjoyed creating the book so much that once it was complete it left rather a large hole in my spare time for me to fill. I really missed my writing sessions. I therefore decided to continue and my next project was a novel ‘Fate’s Last Turn’ which is partly based on my autobiography before going off on a fictional tangent. Like a lot of people my age, I’m quite nostalgic about my early years so I set my first novel in the 70s. I write about wildlife, nature and people as well as my experiences as a soldier. This book has also been published and I’m currently writing a sequel.

Is this the same as what inspires your drawings and paintings?

A lot of it is, particularly the wildlife and wilderness. I make sure there are passages of humour in my writing too.

As well as producing monochrome, detailed pencil drawings, the dramatic skies you create in some of your pieces are mesmerising. How do you capture the natural, stormy sky so well?

Well, living on the Suffolk coast we are often blessed with huge, dramatic skies which serve as inspiration. With a photograph as a starting point, I build on it as I go along, introducing colours and tones that may be a little exaggerated. It can be a very enjoyable part of a painting to work on, particularly in pastel.

What is your favourite medium to work in?

The easiest is graphite pencils as I feel I am more proficient with them than anything else. However watercolour can be the most rewarding, when it goes right, even though I have a lot of failures.

Do any other artists influence you? Or if not, what about other writers or famous creative icons?

Not really. There are several painters I like to follow such as Morten Solberg and Colin Bogle, and in the past I did try to learn from them but being self-taught is something I’m proud of and I like to think my style and methods are unique. The same goes for the writing. I tell a story as if I was talking and a lot of the feedback has been complimentary about my natural, unpretentious style.

A lot of your work features animals and nature. What is it about the natural world that you find so appealing?

The natural world is something I have been interested in all my life. I have a reasonable knowledge of wildlife and the environment and so never tire of drawing or painting it. Almost as important though, is the fact that it sells well.

We certainly do love your bold, realistic drawings of nature here at Art2Arts, we’re not surprised that our art fans love it too! 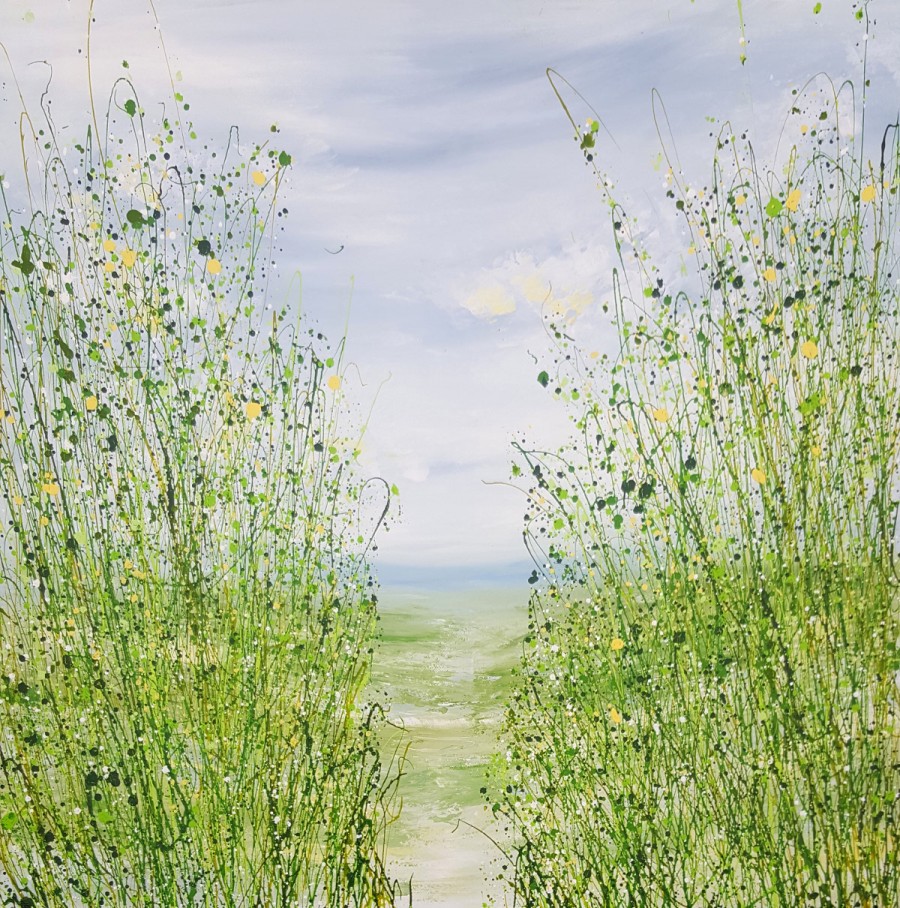 Spotlight on Contemporary Art: Our Featured Artists for this Month 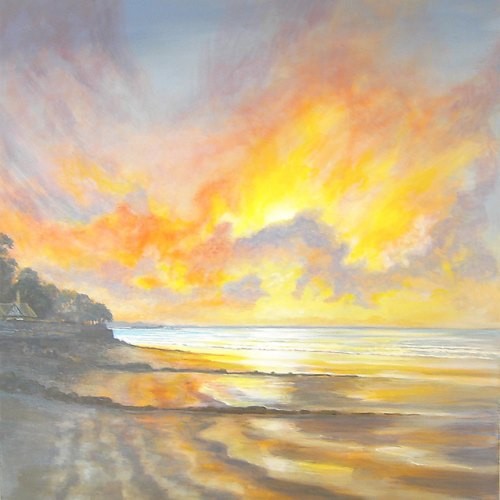 An Interview with Sandra Francis 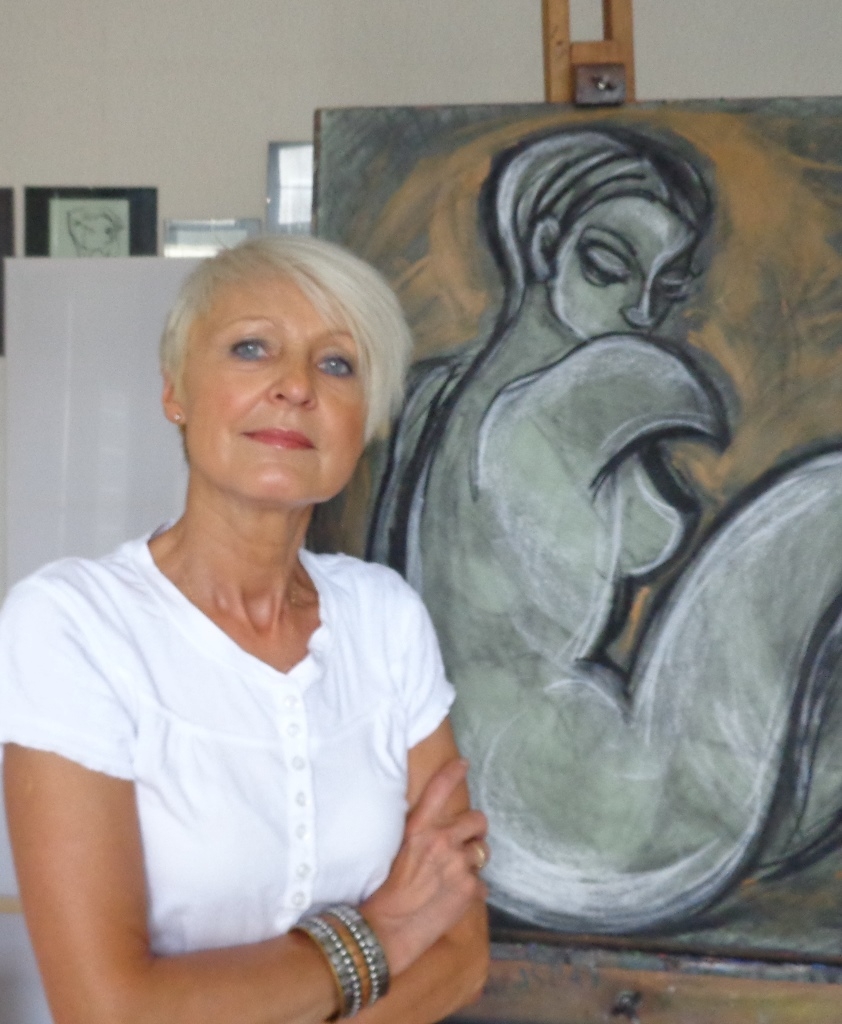 Meet the Artist: An Interview with Carmen Tyrrell