Do you like trains? Look no further! Southern Steam is the latest painting by Paula Oakley created in a contemporary realist style using acrylics and small brush strokes for details.

The first words that come to mind when looking at her painting are “nostalgia” and “British heritage” as the steam locomotive reminds us of a bygone era when travelling by train was one of the main means of transportation.

We, Brits, have a special connection with trains ever since a Scottish inventor, William Murdoch, built a prototype steam road locomotive in 1784; but the first full scale working railway steam locomotive was built in the United Kingdom by Richard Trevithick, twenty years later.

As the passion for steam trains is a well known fact not just among British, but other nations too, many artists used trains as the main subject in their paintings. Turner, Pissarro and Monet are just a few names, proving that artists have always been in tune with the technological developments of their times.

Now, as we find steam locomotives only in museums and touristic attractions, we are drawn to pictures that capture what British culture stands for, including trains.

As we look at the artwork and read the description, we find out that Paula Oakley painted a class B473 that used to run on the London, Brighton and South Coast line and can still be seen today at the Bluebell Railway in Sussex. Are you tempted to visit the location and see the locomotive in flesh? 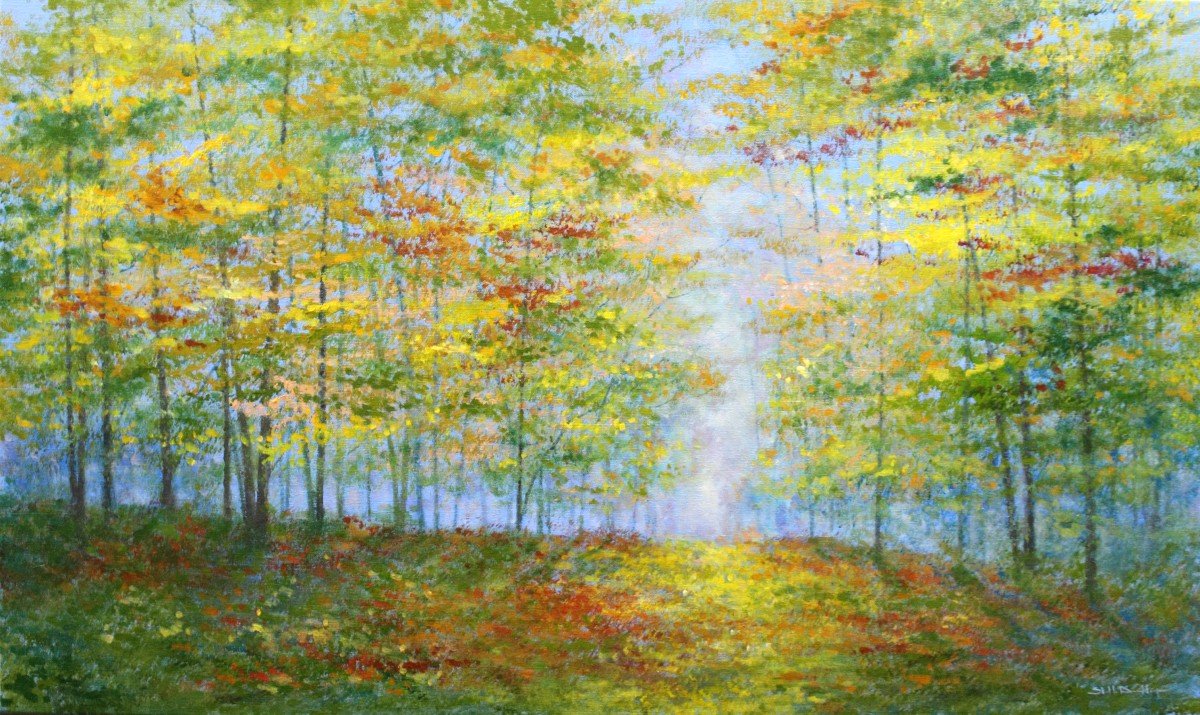 Artwork of the Week: Through the Trees II

Artwork of the Week: I Will Follow You by Kelly Marie Davidson

Artwork of the Week: Colourful Skies by Tracy-Ann Marrison