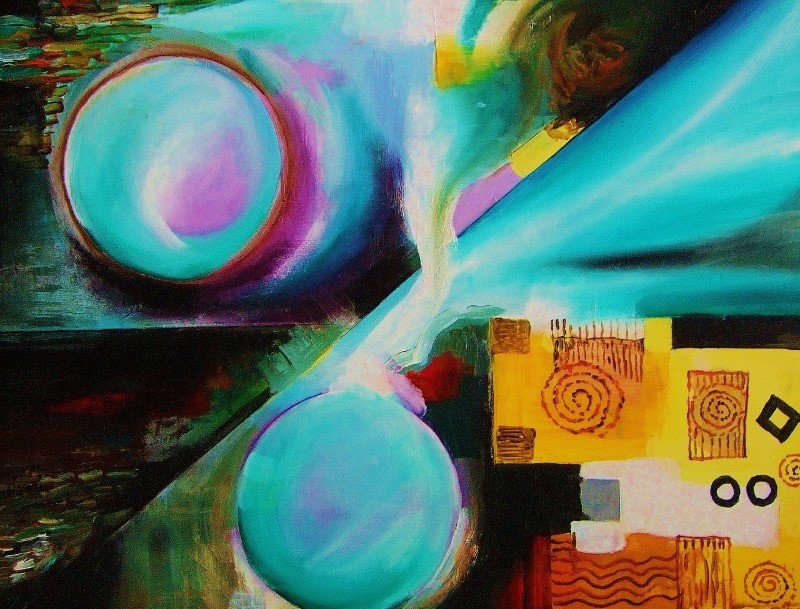 Richard Strauss and his Music by Peter Dadswell

I have always found art and music totally absorbing. Some of my earliest childhood memories relate to them. I clamoured for pencils and paper when I was young so that I could draw – anything and everything. Some songs on the radio made me emotional at a very tender age. Sketching, painting, creating, listening and performing have been central to my emotional and intellectual life ever since. As I grew up I realised that I would not be a mad, bad and outrageously gifted extrovert like the tempestuous painter Caravaggio or the flamboyant Florentine sculptor Benvenuto Cellini, so admired by the equally volatile an outrageous composer Berlioz! Real musical talent had also eluded me too and I was not destined to become the charismatic trumpet virtuoso of my dreams.

Creativity excites me. Although my artistic and musical aspirations were pursued at less ambitious levels, an exciting and challenging career in music publishing later brought me into contact with many immensely talented composers, songwriters and artists for whom I have great admiration. Since then, encouraging participation, particularly by young people, in fine art, illustration and writing songs has been a major pre-occupation. I believe the two creative disciplines are virtually inseparable and I cannot imagine life without them. Both can enrich our existence by imparting enjoyment, excitement, beauty, drama, liberation, and often profound truths through originality in visual art and music. Each has the potential for expression to convey what is beyond words.

I do not have any qualifications in either art or music, although I have painted, performed and listened for many years so, on retirement, I decided to start a project to study the history of both subjects and have compiled several sketchbooks with copious notes, drawings, paintings and other visual material on my findings as a permanent record of my own further education. These sketchbooks are an integral source of reference for so many of the paintings I have produced over the last twenty or so years.  The benefit of supporting creativity at an early age is immeasurable and I believe every child, irrespective of their background, should have the opportunity to access art and music as soon as they are able to as these creative interests can and should be a joy for life.

During this time I went to a wonderful one day series of workshops for children as part of the “Big Draw” celebrations at Handel House in central London which encouraged them to respond to all kinds of music being played in all the rooms of this large listed building with paper and coloured pencils provided for them. Guidelines were given asking them how the music made them feel and what colours they might use to express various moods such as happy, sad, angry and other emotions. As listening to music and trying to create various genres of painting from it has constantly fascinated me, seeing what the young people produced was rewarding and inspiring.

Some pieces of music I have created abstracts from have been particularly elusive, such as the Four Last Songs by Richard Strauss, which have such an overwhelming raw emotional effect on me.   The beautiful sounds I hear never seem to be adequately matched by what emerges in colour, shape and structure on the canvas. Here is the most recent version of one of them Beim Schlafengehen (Time to Sleep)   which was used in a recent scientific study of how the human brain reacts to music, a gorgeous female soprano voice, sublime sounds from solo violin, horn and full orchestra and so much more yet so challenging to convey visually in oils! However, I will keep trying.

I have also tried to respond through painting to many musical influences past and present covering a wide musical spectrum ranging from Beethoven, Gustav Mahler and Stravinsky to Kate Bush, Pink Floyd, The Who, Billie Eilish and Stormzy! The music and my interest in portraiture too inspires what eventually appears on board or canvas; the art varies from traditional and figurative to the totally abstract and my style constantly changes.

Certain artists such as Wassily Kandinsky and Paul Klee were famous for their interest in the relationship between art and music. Paul Klee’s book Painting Music is a must for those interested in the subject and Klee admired Mozart, regarding him as “the Pinnacle of Art”. It was Mozart that this artist most enjoyed listening to and playing. Composition, shape, form, colour, harmony and rhythm came under immense scrutiny in both their artistic explorations and development. Some artists like Kandinsky and Van Gogh were thought to have synesthesia and actually see colours on hearing musical sounds. One of my paintings, shown below, was once featured in a televised BBC promenade concert and when it was discussed during the interval, it was thought that I might have synesthesia but I can confirm that I do not! 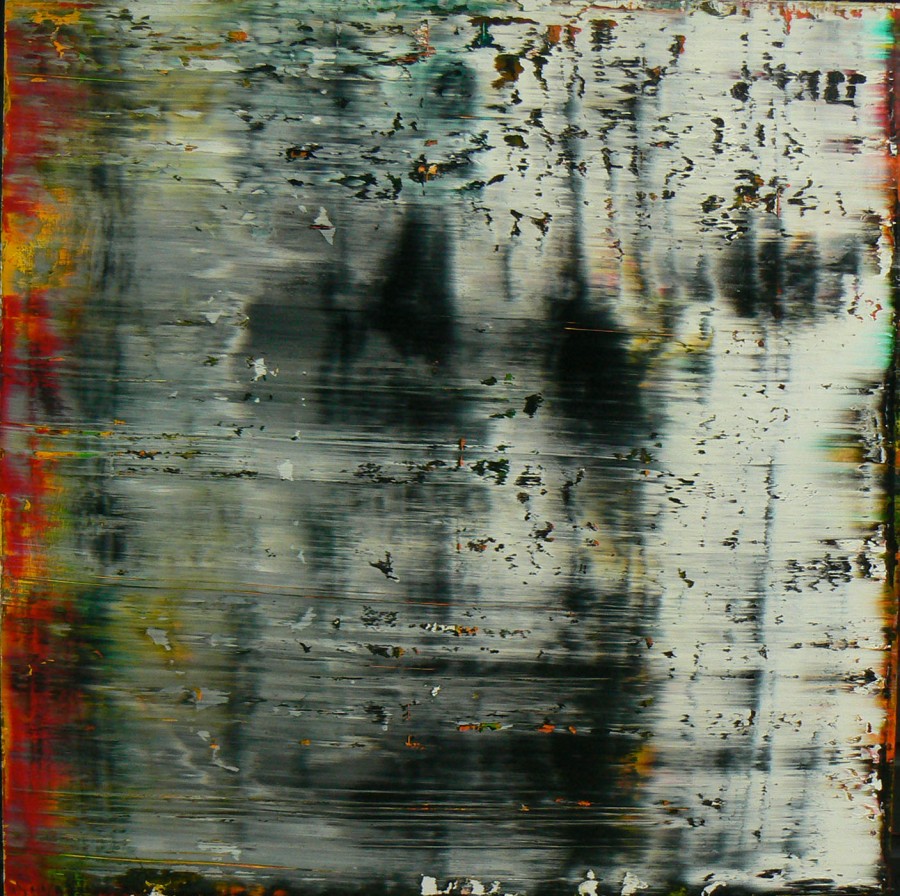 Paintings for Halloween from Art2Arts 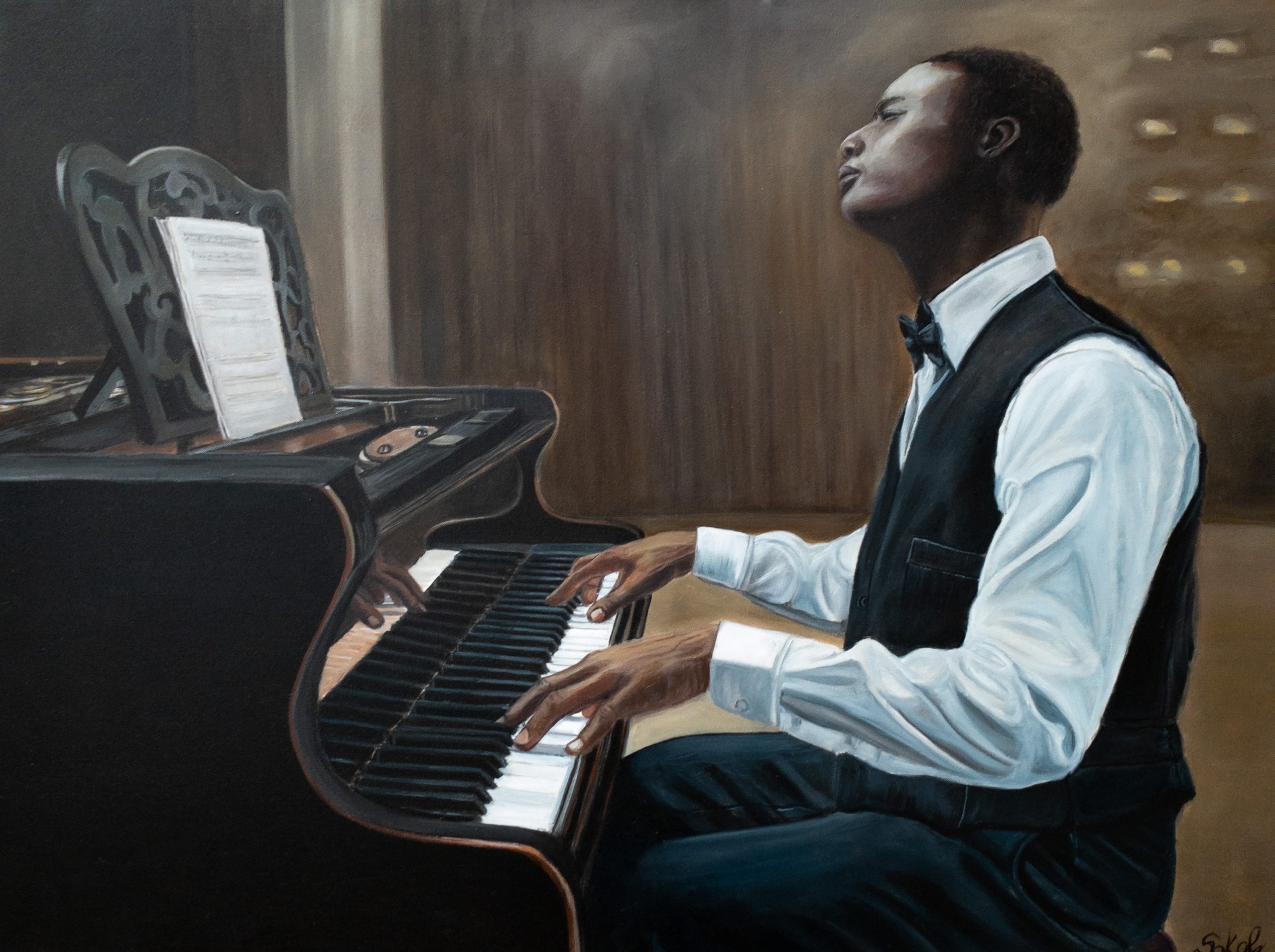 Artwork of the Week: “The Pianist” by Kinga Sokol 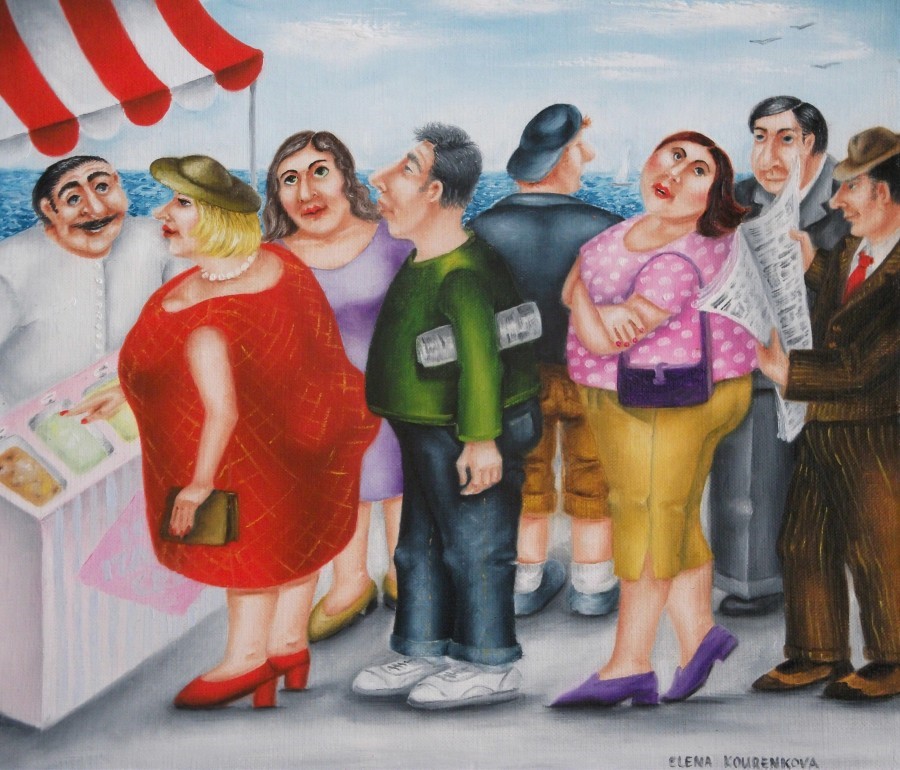