At Art2Arts we are very proud of our British roots! Our vast amount of cultural heritage, with a long and winding history, has created a nation full of eccentric characters and uniquely creative types.

Britain is lucky to be home to some leading institutions such as the London College of Contemporary Arts (LCCA) and the Royal College of Art, to serve as a platform for some of these creative minds. Here they can gather the knowledge, means, expression and freedom to become some of the greatest contemporary artists in the UK.

With or without a formal education, innovative artists around Britain everyday produce an impressive output of work for us to enjoy. At Art2Arts we are lucky to host some of those talents too in our online art gallery.

Read on as we recognise some of the latest and greatest UK based contemporary artists, as well as shedding light on those whose work may not be as well known, but equally as deserving of a mention in our all mighty celebration of contemporary artists in the UK!

Although born in Berlin, Freud (grandson of Sigmund) moved to London at the age of 11 to escape the rise of Nazism. After a stint at the Central School of Art in London, he studied at the established Goldsmiths college. Freud is perhaps most famous for his unique depiction of the human skin, with a distinctive way of using brush strokes and tones of colour to suggest the fleshy form. His portraits borderline on the edge of reality and abstract art, often painting distorted versions of his models, yet each subject remaining instantly recognisable. He has even painted one of the most famous Britain’s of all, The Queen, securing his place firmly as one of our most valued contemporary artists in Britain.

First bursting in to the mainstream British culture as a shocking character, Tracy Emin has gone on to become a household treasure for the UK and was even awarded a CBE in 2013. She formed part of the Young British Artists movement, or ‘Britart’ in 1988, with a group of contemporary artists from the UK who graduated together from the BA Fine Art course at Goldsmiths – it was this movement which can be noted as revitalising the whole British contemporary art scene, resulting in the opening of a whole host of new contemporary art galleries across the country. She works in a variety of mediums, including painting, neon lights, sculpture and installation, yet always creates work centred on an autobiographical theme.

Also part of the Young British Artists movement, Damien Hirst made a name for himself as one of the UKs most influential contemporary artists during the 90s (and it is even reported he is one of the richest living British artists too!) Death is a subject that features heavily in this artists output. Although he has also created a famous series of ‘Spot’ paintings, the work he is perhaps most renowned for is his multiple boxed sculptures, each one capturing the bones of deceased creatures and suspending them in mid-air through casting them in resin. His most recent piece is a larger version of the artwork, featuring a mammoth skeleton with gold-leaf covered bones, displayed within a golden container.

Due to the large volume of his works, Hirst often enlists the help of others, and operates in a factory type setup to produce his paintings. This can often lead to questions of authenticity, with a majority of his pieces actually being created by assistants. For Hirst, the real creative moment lies within the concept of the piece, rather than the execution. Do you agree?

If recognisable style and a unique interpretation of the real world makes for a great contemporary artist, then Eunice Friend truly fits the bill. Unlike Emin and Hirst, Friend is self-taught, and is an example of the raw creative talent that is bursting within the UK. In particular, her series of animal portraits, beaming with personality and charm are what we feel show her style best. You can browse the full collection, as well as viewing her other more abstract paintings via our online art gallery.

After unsuccessfully studying sculpture at Wimbledon School of Art, Conroy retired from producing artwork for decades. For some true artists however, the spark can never leave, and Conroy is now enjoying a second wave of creativity once again. Whether he is using paper cut out or acrylic on canvas, each piece is saturated with glorious colour that instantly lifts the mood. With his work having such an outstanding effect on its viewers, we feel he possesses a unique style that is deserving of celebration, as a truly exciting British contemporary artist.

As an artist or an art lover, who do you think can be named as our latest or greatest contemporary artists? Are there any more up-coming names who you think we ‘must mention’? We’d love to hear your thoughts! 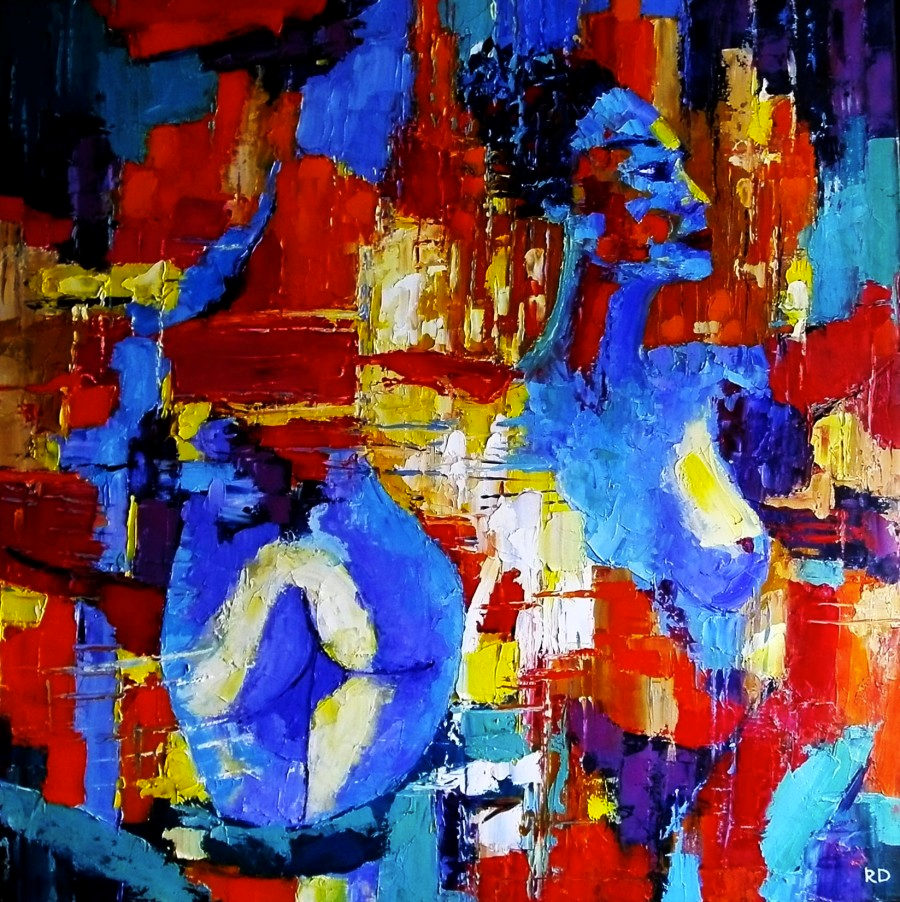